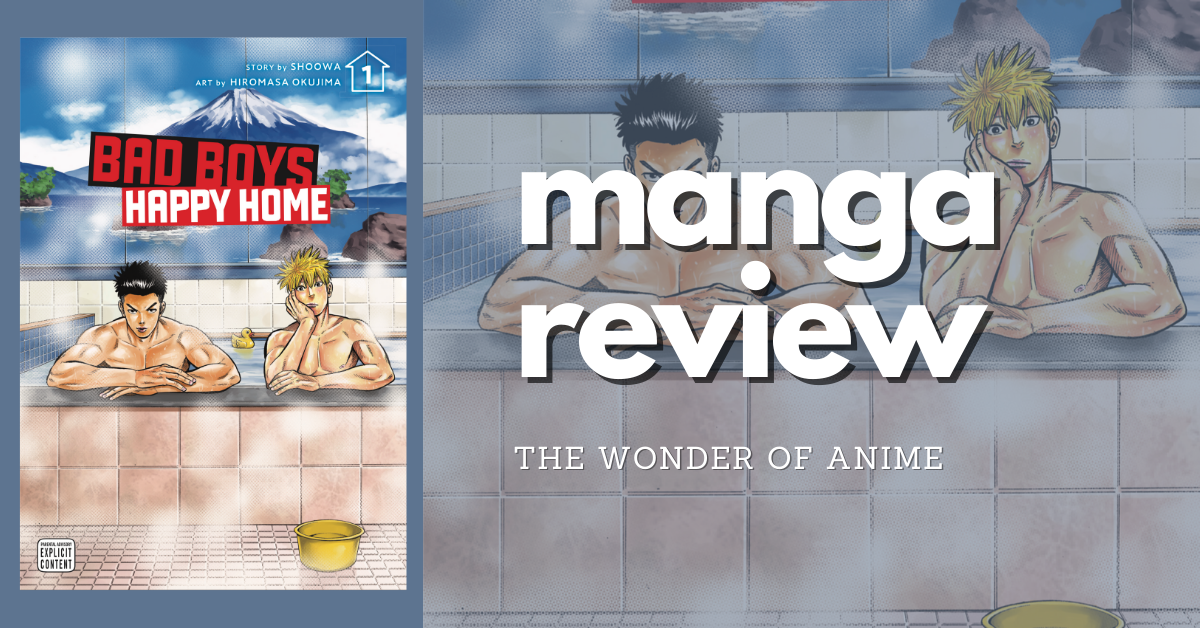 When I saw the cover of Bad Boys, Happy Home vol 1 by SHOOWA and Hiromasa Okujima, I instantly knew I had to have it. Something about two cute guys sharing a public bath together tugged on my heart strings. Following my usual “order now, learn more about it” later, I added it to my cart and forgot about it until I arrived from my trip and saw it waiting for me.

The story starts out with our leading boy, Akamatsu, starting a fight with Seven, a “homeless man” at a children’s playground. Akamatsu describes himself as a 17 year old with “a bad case of puberty.” He uses his daily fights with this stranger as an outlet for all of his pent up emotions. (yes, I was immediately side-eyeing with an eyebrow raised at this part.) This unconventional start of the story leads to a further unconventional start of their friendship.

Akamatsu, who lives alone for reasons undisclosed, notices that Seven is homeless and invites him to stay with him in his apartment. I mean, what other option is there when your crush, I mean rival, is homeless? You wouldn’t want him on the streets, would you?! What ensues next is probably the most realistic (in a boy’s love manga) depiction of two complete strangers with little in common suddenly rooming together. The division of chores, sharing a futon, getting each other sick, buying a second futon, shopping together, and little hints of vulnerability peaking through.

The more time these two spend together, the more truths about their backgrounds come to light. Seven immediately notices how Akamatsu’s family is dropping off food for him and how they still seem concerned. Akamatsu seems to hang on to the little information Seven says about his past and tries to piece them together. The readers are also made privy to whatever Seven’s past consists of, as we see his past organization search for him as he’s runaway from them.

Things reach peak cuteness, comedy, and suspense levels are Akamatsu and Seven head to their local mall, only for Seven to realize some people from his past are there. After some wacky behavior, the seem to elude the men. Of course, having Akamatsu straddle you on top of a massage chair was the best possible solution you could think of, Seven (wink, wink.) Needless to say, the entire trip leaves Akamatsu frustrated by Seven’s erratic behavior, in more ways than one.

And what a way for that frustration to come to a boiling point during a shared bath between Akamatsu and Seven, at Seven’s persuasion. When Akatmatsu gets inevitably hard during their bath, Seven offers to “take care of it” and casually lets on to things from a seemingly dark past. However, when Akamatsu reaches out to Seven to return the favor, Akamatsu snaps out of his horny-ness and ends up running away from the bath and from the apartment.

In his leave, Akamatsu runs past his twin brother, Shusuke, who greets Seven. Shusuke believing he is meeting Akamatsu’s boyfriend, ends up word vomiting a mess of how happy he is that someone loves Akamatsu. As Seven corrects him, Shusuke explains that Akamatsu is gay and since their dad didn’t agree with it, Akamatsu moved out.

Let’s pull over here for a moment. This part here, this part right here! Completely blew me out of the water. While it’s been clear that Akamatsu has been developing feelings for Seven all along, we do not see him “struggle” with his sexuality. While we come to learn of his coming out journey and realizing he is gay in a bit, this part felt like a breathe of fresh air. He’s gay, he knows it and has come to accept the fact that he rather be gay outside of his parent’s house than pretending to not be gay with them. I also enjoyed that leading up to this moment, Seven has not once questioned Akamatsu’s sexuality or has it been a focal point of the story. (Yes, we know this is boy’s love and it was coming, duh! But Seven wasn’t sitting there questioning it as part of the plot.)

Back on track: while Shun accidentally outs his brother, Akamatsu is having his own meeting of chance with a random stranger (lifts eyebrows.) After the stranger gives him an extra drink and a business card, he reflects back on when he realized he was gay and when he noticed he had to act “normal” to fit in with everyone else. (Queue the heartbreak.) After this thought bubble, Seven finds Akamatsu and they return to the apartment to clear the air (and have the most frank and possibly inappropriate conversation) in front of Shusuke who would much rather be some place else.

After this much needed, albeit awkward for poor Shusuke, heart to heart, Akamatsu and Seven have another moment of vulnerability before going to sleep. Seven reveals his guilt over his parents murders and how important it is for Akamatsu to heal his own relationship with his parents before it’s “too late.”

Cut to possible the cutest ending ever, where accompanied by Seven, Akamatsu returns to his parents home to confront his dad and thank his parents for their support. Then cut to the scene that tugged at my heart strings: Seven asking Akamatsu if he had any expectations of something happening between them. Of course, Akamatsu says he didn’t buuuuttttt HE WOULD NOT MIND IF SOMETHING DID HAPPEN!! (queue me getting up from my seat and screaming at the top of my lungs!) LET’S FUCKING GO!!!! And let’s not forget the almost KISS!!!!!!!!!!! (at this point, I have passed away and a ghost is finishing this review.)

Of course, this would not be a first volume manga if it didn’t let off on some super sketch ending with the guy Akamatsu encountered earlier, pulling his same drink scheme with some girl. We also learn that his name is Eight (raises eyebrow again.)

If it isn’t already evident by the above, I absolutely loved Bad Boys, Happy Home. I cannot get enough of Akamatsu and Seven. Their rivals, to roommates, friends and possible more progression was one of the best I’ve read so far. While there is a lot of information we don’t know yet (I’m looking at you Seven’s super shady past,) what we have so far is pure bliss. It didn’t fall too much into all the typical Yaoi troupes and the ones they did include (hello shared bath and taking care of a boner scene,) weren’t too whimsical and over the top. The chemistry between Akamatsu and Seven is so real, I felt the sparks in my fingertips through the pages!

I’m very excited to see where Akamatsu and Seven go next in their relationship, as well as to learn more about Seven’s background and his involvement with those shady men from the cut scenes.

Purchase Bad Boys, Happy Home Vol 1: (The links below are affiliate links which means I may receive a commission if you purchases using the link.) 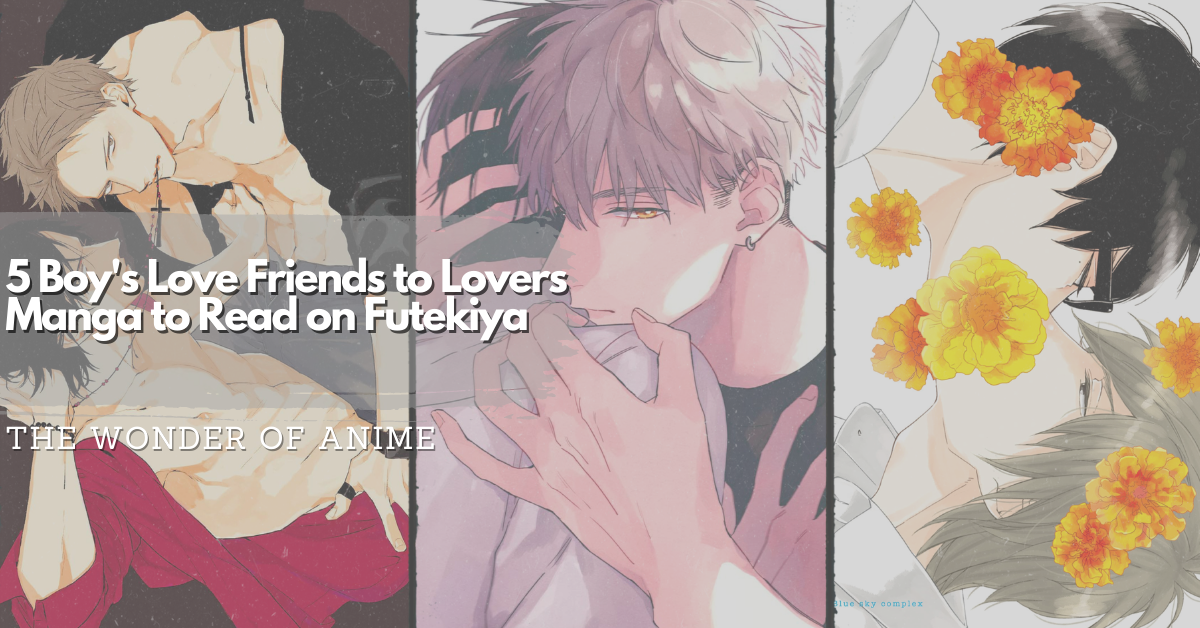 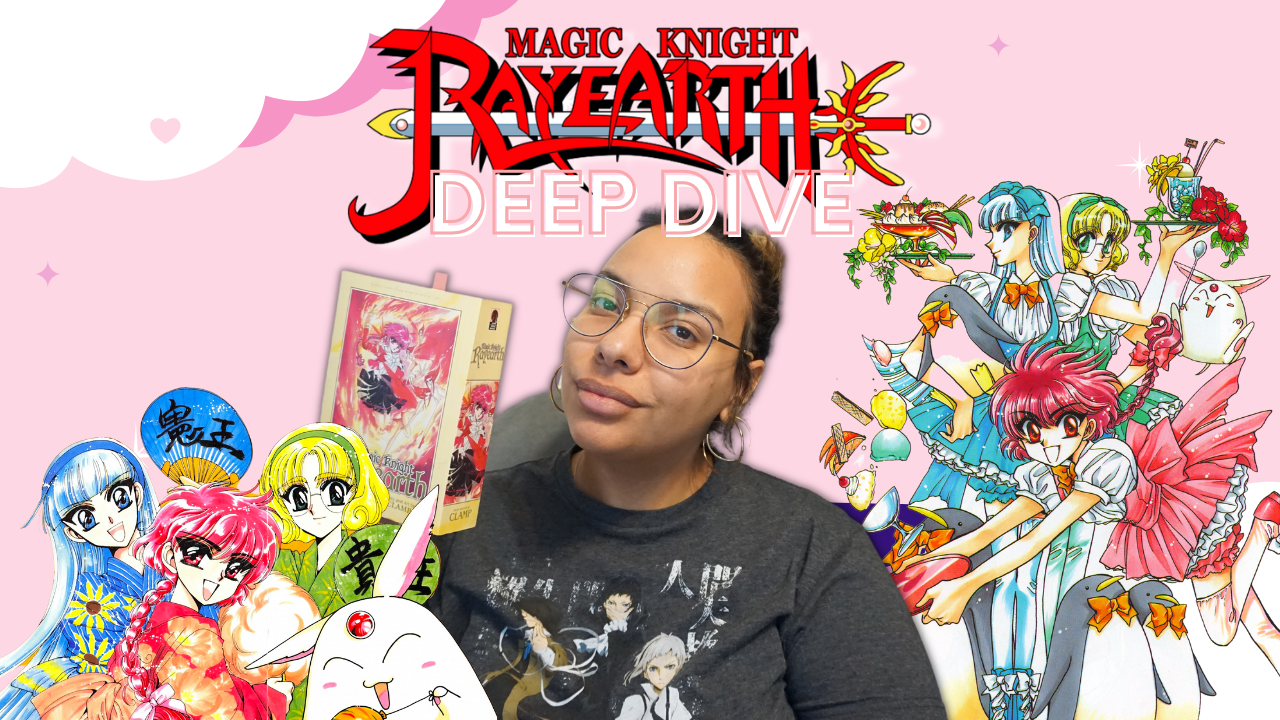