Yearly Roundup: My Favorite Albums of 2017

I think I’m like most people in saying that I love music. Really, who doesn’t? Music makes the world go round, (or some cheesy thing like that.) This year, there were some notable album releases that really put me on to new artists and furthered my love for old artists. Music, like other forms of art, has the power to touch me, inspire me, make me feel things, and so much more. While there was a lot of good music out this year, the following albums truly made an impact on my year.

(Albums are in order of release date)

I was late on the Ke

hlani train. I didn’t really hear of her until the incident that had her all over news outlets last March. She kind of faded into the background for me until the album cover for SweetSexySavage was released. First of all, it was a beautiful cover. Kehlani looked lovely and it instantly drew me in and I made a note to listen to the album as soon as it was released.
As soon as I listened to the entire album, I was Kehlani fan. Since I wasn’t too familiar with her, I didn’t really have any expectations of the album. Going in blind, I felt like I was able to really appreciate it for everything it was, without comparing it to anything else. From the amazing intro by Reyna Biddy, “The truth is, I’m a superwoman,” to the motivating hit single CRZY, “Live for the challenge, only make me stronger,” and the rawness of Not Used To It, “But when I say it’s hard to open up to you/ It’s hard to get close to you/ I want it with everything in me /To one day just say I’m in love with you”  this entire album had me hooked for weeks. I’m looking forward to whatever comes next.

Favorite Tracks: Intro, Personal, Not Used to It, Everything is Yours,

Big Sean’s I decided was not an album I even knew was coming out. I did hear the single track, Boun

ce Back, and really liked it. Then one of my favorite Youtubers, Kingsley, recorded a review on the album that inspired me to listen to the entire thing.

From start to end, I really enjoyed the album as it felt like one continuous song. To me, the album had a theme of “growth” and finding your way, through the ups and the downs, and coming to terms with that. While I really enjoyed previous Big Sean’s work, this album was one that I would really relate to at the time I listened to it. Plus, I loveee Big Sean’s voice! I also appreciated hearing Jhene Aiko’s voice and influences on the album.

Favorite Tracks: Light, Bounce Back, No Favors, Jump Out the Window 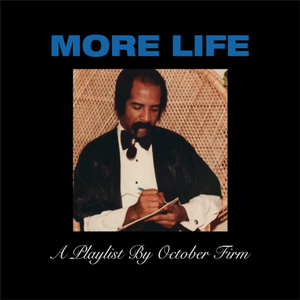 Listen Linda, I LOVE Drake, and I’m not ashamed. I have loved Drake since he was wheelchair Jimmy and when he first came out with Replacement Girl. Besides being super fine, he is apologetically in tune with his emotions and is not afraid to put it in his music. When I look back at important moments in my late teens, early 20s, there is a Drake song in the back drop.

That being said, More Life took me a little bit longer to like. I didn’t immediately love it. It took me a few good listens to jump in. Although I can and did listen to the album in its entirety, I prefer not to. This is definitely a “I’ll pick my faves, and forget the rest” album for me. However, I do REALLY love all the songs that I do which is why I included it in my favorite albums.

Like the rest of the world, Kendrick Lamar’s DAMN blew me away. Kendrick is one of

those artists who I can name a bunch of songs I like, but I never really sat down and listened to his entire collection of work. However, DAMN was different. It was the first Kendrick album I listened to from start to finish, over and over again.

DAMN was appropriately titled because you listen to it and can only say “damn!” I got into the album and then GOT INTO the album. Repeat was just not enough. It was the soundtrack to my work day, workouts, and at home chillen time. Like I said, I did enjoy Kendrick before but this album made me appreciate him on another level. The level that had certain lyrics replaying in my head and really in it.

I din’t know anything about Logic until the 1-800 song and I’m glad that was my introduction. That song alone this year really changed my life. I thankfully have never been a low point in my life such as contemplating suicide , but this song really affected me. Every time I listened to it, I would cry. I liked it so much I decided to hear the whole album.

I don’t know what I expected before I listed to the album, but what I got certainly surprised me. The entire album really made me feel some type of way for the longest time. It is hard to explain it but emotionally I really empathized with this album. Although I can’t relate to everything Logic raps about, the overall theme felt familiar and foreign at the same time. What I loved the most was the story line of the man who died based of “The Egg” story by Andy Weir. (If you haven’t read it, definitely check it out!) Plus Neil deGrasse Tyson narrating really added to it. Over all, I laughed, I cried, and felt beautiful things.

If you listen to The Wonder of Ivy Podcast, you know I have dedicated a review segment

to this album. I can’t say it enough! CTRL is my favorite album of 2017 and SZA was my favorite artist of 2017! SZA has been around for longer than I’ve known about her I only learned about her through this album and immediately fell in love. No lie, I listened to this album on REPEAT day in and day out until August or so.

In the podcast, I do a thorough review of the album, so you can listen to the episode. I don’t want to be a broken record and keep saying the same good things over and over. But what I will say is that I really identified with this album because I’ve been there. So many of the emotions and the feelings SZA covers, I felt in my early 20s. (Arguably, I am still in my early 20s, but I mean specifically 19-21.) Although I could no longer relate to the hurt, the pain, and the ups and downs, I was able to recognize that I felt that and I’m in a much better place because of it. This album put into words what I felt for years and also made me reflect on how much more I have to go and experience. And I know that I am not alone. So many women could relate to this album because we all been there. This album really, really, means so much to me and I could never thank SZA enough for. 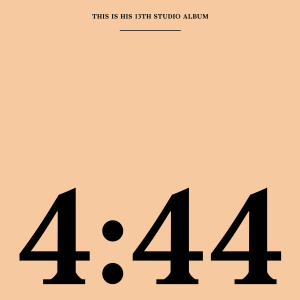 I also covered 4:44 on my podcast, so I won’t repeat myself too much. But 4:44 made me fall back into my Jay Z love. I’m not a career Jay Z fan. Similar to Kendrick, I have my fave Jay Z songs from through the years, but I didn’t have an album I loved until this one. Jay Z put out the hardest album to put out in his career. What I mean by that is he opened the doors, admitted he disappointed us by cheating on the Queen Bee, Beyonce.  To many that is not much but to me, I appreciated it. Many wouldn’t and even brag about cheating, having multiple women, and the like. But Jay Z is grown and he knows that and he wants to make sure we know that.

But more than that, he dropped the best gems only an OG could. Get your money right, stop worrying about the wrong things, support your own, and focus.

As your typical Dominican, I live for Romeo Santos. Always have and always will. Romeo 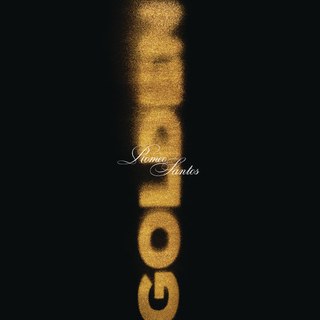 puts out an album, and I’m already waiting for the next one. Romeo just does it for me in the bachata lane! Golden really got a lot of mixed reviews from a lot of Dominicans and Romeo lovers alike. I felt like a lot of people loved it or hated it, not a lot of in between. I didn’t love it initially, similar to the Drake album. But as I listened more, it grew on me and eventually took over my whole heart. The album was released in the Summer and it is just now that I’m playing it on repeat.

With this album, I really felt Romeo tried and succeeded in incorporating different genres across mainstream English and Spanish music. The featured list included Swizz Beatz, Juan Luis Guerra, Nicky Jam, Daddy Yankee, and many more. I feel that Romeo knows that a huge portion of his audience is made up of Dominican-Americans, Puerto Ricans, and other cultures that love hip hop, reggaeton, R&B, and bachata. He understands we are multifaceted and wants to cater to that. Although not every attempt he’s done is a hit, I think he does it a lot better than most. I will always be a Romeo STAN, and this album just added to it.

Ever since I read “There Are Things I Can’t Tell You,” I haven’t been able to stop thinking about it. This one shot is a beautiful but heart wrenching story about identity, love, and acceptance. My full review now is up 😭❤️
Just want to show off my new hair color 🥰🥰 Happy Friday!
Tuna Mayo 🤟🏽 Toge Inumaki
One last time for pictures from this day ❤️✨
I can’t believe May is already over 😭 I ended up getting way more manga this month than anticipated! 😅 My fave is definitely Fake and The Cat Proposed!
That girl ❤️